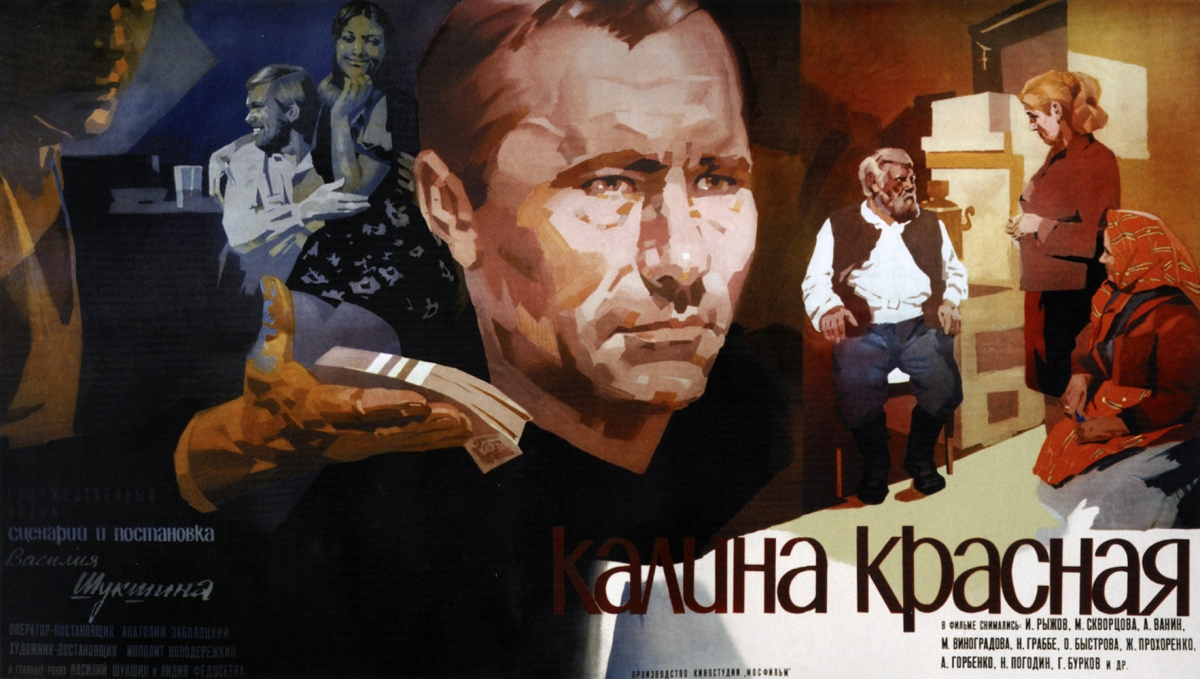 The story of Vasilii Shukshin is as tongue-tied as the chudaks he represented in each film he wrote and each character he played. Shukshin was a Russian actor, director and writer that had taken over the 1960s and 1970s film industry by storm. He had created three movies, each gaining more attention from the Russian population than the one before; There’s This Guy (1964), Happy-Go-Lucky (1972) and Snowball-Berry Red (1973). Snowball-Berry Red was Shukshin’s greatest hit as well as being the last he could make and only because of his death a year after the film was released.

Snowball Berry Red had encompassed the life of Russian oddballs everywhere going through the phases of village to city life, yearning to find the purpose in their lives. The main character was Egor Prokudin which was played by Shukshin himself. Egor was a man who had been a part of a gang that had landed him in prison after several robberies. After being released, Egor had moved to the city seeking to do good in the world; however, city life was so much more different than village life. Egor had no job skills, was confused by modern age and could not find the one thing that he wanted the most… a purpose in life. In the search for this purpose, he falls back into his old gang. However, when he falls in love with a woman, he turns them away and they end up killing him. This scene of Egor’s red blood staining the white bark of the birch tree was the stark symbolism that “touched Russians deeply in the age of Soviet internationalism”.

This simple plot is what attracted the Russian population during the village movement called derevenshchina. The need to go back to rural simplicity was gaining ground during this time period and had established the “Russian national identity that had become central to Soviet patriotism”. Because of Shukshin’s untimely death during the filming of They Fought for the Homeland (1975) by Sergei Bondarchuk, his legacy was ambiguous. The question that every Russian had been pondering was if Shukshin was a non-conformist or if he was a Russian nationalist that wanted nothing to do with the rest of the world and to return to more simple times.